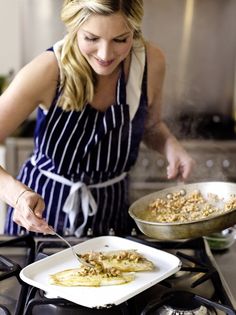 Our most treasured recipes are often those that stand the test of time. In honor of Mother’s Day and International Women’s Day, Lisa Faulkner and her niece Eva-Rose share recipes passed down through their family and the women behind them.

In 2010, she won Celebrity MasterChef, beating Christine Hamilton and Dick Strawbridge in the final.

She appeared in the third series premiere of the Canadian series Murdoch Mysteries when the series filmed an episode in and around Bristol, England, that was broadcast in 2010, and she returned for her second guest appearance in the fourth series in 2011. She also appeared twice in the fifth series.

She co-hosted Real Food Family Cook Off on Channel 5 with Matt Dawson.

The series was broadcast in 2011. In 2013, she co-hosted the daytime Channel 4 series What’s Cooking? with Ben Shephard and, in 2015, was reunited with Shephard to co-host an episode of This Morning Summer. In March 2017, it was announced that she would be joining EastEnders as Fi Browning, a “stylish and sophisticated” businesswoman. Fi was later revealed to be Sophie Wilmott-Brown, the daughter of Kathy Beale’s rapist James Willmott-Brown.

In March 2019, Faulkner and John Torode were given a weekend cooking show. They host John and Lisa’s Weekend Kitchen on Sunday mornings on ITV. In July 2019, Faulkner appeared on Celebrity Goggle-box alongside friend Nicola Stephenson.

Meanwhile, flash the spinach in a food processor until finely chopped. Tip into a clean tea towel or muslin and twist to squeeze out as much liquid as possible.

For pillowy gnocchi, it’s best to make the dough while the potatoes are still warm. Once your potatoes are baked, carefully cut them in half. When they’re just cool enough to handle, scoop the flesh out of the skins and push it through a potato ricer or sieve, letting the fluffy, lump-free potato fall into a large bowl. Add the spinach, cheese, and flour, and mix lightly. Now add the egg yolk and gently combine to make a dough, working the mixture as little as possible.

Put a pan of salted water on to boil, then lightly dust a work surface with flour and divide the dough into 4 pieces. Roll each piece into a long strip, about 2cm in diameter, and cut each strip into 3cm-long gnocchi. You can leave the gnocchi like this, or roll each one over the tines of a fork to create grooves.

Melt the butter in a large frying pan over medium heat. When it starts to foam, add the sage. Remove from the heat when the leaves crisp and the butter smells nutty.

Meanwhile, cook the gnocchi in boiling water for 2-3 mins until they float to the top of the pan. Lift them from the pan with a slotted spoon and lower them into the frying pan with the sage butter. Swirl the frying pan back over the heat, to make sure the butter gets to all the gnocchi, then serve with a scattering of grated cheese. 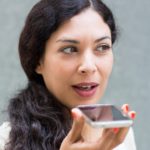 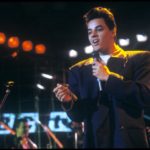