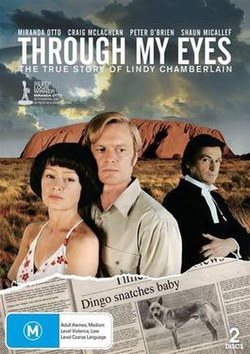 Lindy Chamberlain Documentary, The extraordinary case of Lindy Chamberlain, the woman who claimed that a dingo (Australian wild dog) ran off with her baby 40 years ago, will be examined in a new two-part documentary.

Trial in the Outback explores the infamous 1980 trial of Chamberlain, who was falsely accused of murdering her nine-week-old baby, Azaria Chamberlain, during a family camping trip in the Australian Outback.

Featuring contributions from the Chamberlain family, their personal archives, and investigators, part one of the two-part documentary will be shown on Channel 5 at 9 pm on Tuesday 8 December.

Azaria Chantel Loren Chamberlain (June 11, 1980 – August 17, 1980) was an Australian nine-week-old baby girl who was killed by a dingo on the night of August 17, 1980, on a family camping trip to Uluru in the Northern Territory. Her body was never found. Her parents, Lindy and Michael Chamberlain, reported that she had been taken from their tent by a dingo. However, Lindy was tried for murder and spent more than three years in prison. She was released when a piece of Azaria’s clothing was found near a dingo lair, and new inquests were opened. In 2012, 32 years after Azaria’s death, the Chamberlains’ version of events was officially supported by a coroner.

An initial inquest held in Alice Springs supported the parents’ claim and was highly critical of the police investigation. The findings of the inquest were broadcast live on television – a first in Australia. Subsequently, after a further investigation and a second inquest held in Darwin, Lindy was tried for murder, convicted on October 29, 1982, and sentenced to life imprisonment. Azaria’s father, Michael, was convicted as an accessory after the fact and given a suspended sentence. The media focus for the trial was unusually intense and aroused accusations of sensationalism, while the trial itself was criticized for being unprofessional and biased. The Chamberlains made several unsuccessful appeals, including the final High Court appeal.

After all legal options had been exhausted, the chance discovery in 1986 of a piece of Azaria’s clothing in an area with numerous dingo lairs led to Lindy’s release from prison. On September 15, 1988, the Northern Territory Court of Criminal Appeals unanimously overturned all convictions against Lindy and Michael. A third inquest was conducted in 1995, which resulted in an ‘open’ finding. At a fourth inquest held on June 12, 2012, Coroner Elizabeth Morris delivered her findings that Azaria Chamberlain had been taken and killed by a dingo. After being released, Lindy was paid $ 1.3 million for false imprisonment and an amended death certificate was issued.

Numerous books have been written about the case, and there exist several pop culture references notably using some form of the phrase ‘A dingo ate my baby’. The story has been made into a television movie, a feature film entitled Evil Angels (released outside Australia and New Zealand as A Cry in the Dark), a television mini-series, a play by Brooke Pierce, [citation needed] a concept album by Australian band The Paradise Motel and an opera (Lindy, by Moya Henderson). 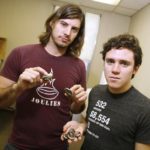 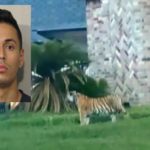