Elly Wentworth, head chef at the Angel, Dartmouth is appearing on the British great menu.

The BBC Two show puts the nation’s most talented chefs to the test. At Women in the Food Industry, we were pleased to see women making up almost a third of the chefs from across Britain who will be competing to serve their dish at the final banquet. This year GBM has been re-vamped again with a new guest judge and a new presenter.

28-year old Elly grew up in the South West and has been cooking since she was 13. Not a stranger to competitions she took part in the prestigious Royal Academy of Culinary Arts and was one of four chefs to receive an Award of Excellence.

Elly has worked at some of the best restaurants in the South West: the 3 AA rosette Tanners Restaurant in Plymouth under Chris Tanner and James Tanner and then in three one Michelin starred kitchens – The Elephant under Simon Hulstone, The Bybrook at the Manor House under Richard Davies and Restaurant Hywell Jones at Lucknam Park. For the last two years, Elly has been Head Chef at the Angel in Dartmouth where she has gained a Michelin plate in the guide, 2 AA rosettes, and Taste of the West’s Best Fine Dining Restaurant 2021. 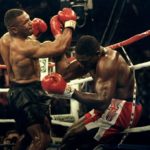 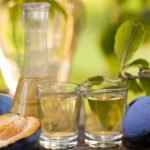