To avoid such kind of incidents an active shooter drill will be conducted Tuesday at Naval Air Station Jacksonville’s Navy Exchange as part of the annual Citadel Shield/Solid Curtain exercise.

That means temporary gate closures along Roosevelt Boulevard as well as the sounds of simulated gunfire and an increased number of emergency vehicles around and inside the base as U.S. Navy security forces conduct the drill.

All of Florida’s U.S. Navy installations in Florida are taking part in the exercises now through Feb. 15, annual anti-terrorism/force protection drills designed to train base security forces and first responders how to react to potential threats, base officials said. The exercise scenarios are based on assessments of violent extremist objectives domestically and from abroad, and current real-world events. The exercises are not in response to any specific threat but are designed to assess and test regional forces preparedness, response, and operational abilities.

Navy officials warn base visitors as well as civilians driving past the air station to be aware of increased traffic or delays in base access. 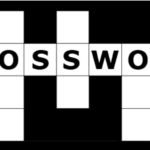 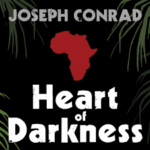